To say that Wayne Imber loves to travel would be an understatement. He has made it his goal to travel to every corner of the world in his lifetime. He has also made it his mission to visit every state in the country and learn, explore, and discover all that numerous destinations have to offer. Whether traveling with friends and family or on his own, he makes it a point to truly immerse himself in the culture and traditions of the places he is visiting, locally and internationally. For Wayne Imber, discovering new places is one of the things that give him pleasure. In order to assure that he never forgets, he takes photos of the places he visits and the people that he meets along the way, including local residents as well as fellow travelers. 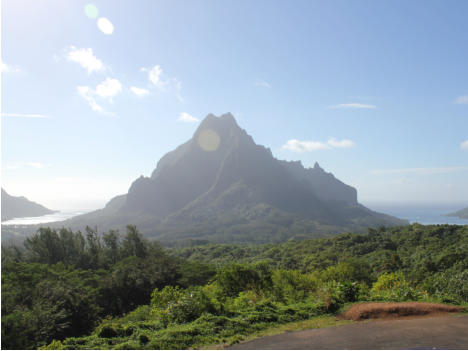 According to Wayne Imber:

“I have traveled to a number of interesting global destinations over the years, including ski resorts around the U.S., and in Courchevel, France, as well as St. Moritz, Switzerland. Warmer destinations have included Tahiti, Moorea, Milan, Venice, London, Athens and the Greek Isles, Sweden, Manila, and Beijing, among others.”

Although he admits that choosing a favorite among all the countries and/or places he’s visited is a tall order, he is quick to mention that France, Switzerland and Tahiti are at the top of his list. These three destinations differ in various ways. As to climate. Tahiti is a tropical island while Switzerland and France offer the Alps as part of their geography, areas that are characterized by glacial conditions along with Mediterranean climate. 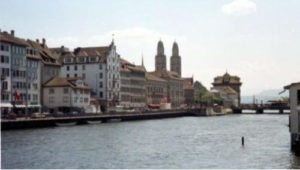 Wayne has visited Zurich several times. The contrast between its pre-medieval structures in the Old Town and the modern, vibrant scene in the city provides you with the best of both worlds: its rich heritage juxtaposed against a modern lifestyle.

For Wayne Imber, the Heidi Weber Museum “reflects the unity of Le Corbusier’s architecture, sculptures, paintings, furniture designs, and his writings.” His fascination with architectural design (both old and new), helped define his visit to Zurich as a truly enriching experience.

In contrast to Zurich’s cool weather, Tahiti greets guests with a warm, tropical climate. Wayne Imber considers French Polynesia a tropical paradise and a treasure of the South Pacific. Rows upon rows of inviting sandy beaches coupled with the locals’ warmth and hospitality make these magnificent islands favorite destinations among travelers from around the world.

At one point, Wayne Imber shares, they were seeking a landmark on the island, and with the limited maps available this became a challenge. When asked, some of the locals stated “There is only one road!”, a favorite and friendly local expression, whereas in reality, the single main road that covers the perimeter of the island has many roads feeding to it. When they asked a few of the locals met at a food stand at the side of the road to provide directions, without hesitation, they got in their car, and led Wayne Imber and his friends to their final destination.

During their visit to Tahiti in 2016, Wayne Imber and his friends were lucky enough to witness the Heiva Festival, a 122-year-old tradition of the people of Pape’ete. Elaborate and competitive dancing, arts and crafts, and sporting events were the highlights of the event.

This page is dedicated to all the destinations that Wayne Imber has visited. The reader is invited to share their favorite destinations on this page. Please feel free to get in touch with Wayne through this site.